But wait a moment: there was a digression in that first paragraph which to the purist might seem of a complicated kind.

Were I writing algebra (I wish I were) I could have analysed my thoughts by the use of square brackets, round brackets, twiddly brackets, and the rest, all properly set out in order so that a Common Fool could follow them.

But no such luck! I may not write of algebra here; for there is a rule current in all newspapers that no man may write upon any matter save upon those in which he is more learned than all his human fellows that drag themselves so slowly daily forward to the grave.

So I had to put the thing in the very common form of a digression, and very nearly to forget that great subject of cheese which I had put at the very head and title of this.

Which reminds me: had I followed the rule set down by a London journalist the other day (and of the proprietor of his paper I will say nothing—though I might have put down the remark to his proprietor) I would have hesitated to write that first paragraph. I would have hesitated, did I say? Griffins' tails! Nay—Hippogriffs and other things of the night! I would not have dared to write it at all! For this journalist made a law and promulgated it, and the law was this: that no man should write that English which could not be understood if all the punctuation were left out. Punctuation, I take it, includes brackets, which the Lord of Printers knows are a very modern part of punctuation indeed.

Now let the horripilised reader look up again at the first paragraph (it will do him no harm), and think how it would look all written out in fair uncials like the beautiful Gospels of St. Chad, which anyone may see for nothing in the cathedral of Lichfield, an English town famous for eight or nine different things: as Garrick, Doctor Johnson, and its two opposite inns. Come, read that first paragraph over now and see what you could make of it if it were written out in uncials—that is, not only without punctuation, but without any division between the words. Wow! As the philosopher said when he was asked to give a plain answer "Yes" or "No."

And now to cheese. I have had quite enough of digressions and of follies. They are the happy youth of an article. They are the springtime of it. They are its riot. I am approaching the middle age of this article. Let us be solid upon the matter of cheese.

The lineage of cheese is demonstrably beyond all record. What did the faun in the beginning of time when a god surprised him or a mortal had the misfortune to come across him in the woods? It is well known that the faun offered either of them cheese. So he knew how to make it.

There are certain bestial men, hangers-on of the Germans, who would contend that this would prove cheese to be acquired by the Aryan race (or what not) from the Dolichocephalics (or what not), and there are certain horrors who descend to imitate these barbarians—though themselves born in these glorious islands, which are so steep upon their western side. But I will not detain you upon these lest I should fall head foremost into another digression and forget that my article, already in its middle age, is now approaching grey hairs.

At any rate, cheese is very old. It is beyond written language. Whether it is older than butter has been exhaustively discussed by several learned men, to whom I do not send you because the road towards them leads elsewhere. It is the universal opinion of all most accustomed to weigh evidence (and in these I very properly include not only such political hacks as are already upon the bench but sweepingly every single lawyer in Parliament, since any one of them may tomorrow be a judge) that milk is older than cheese, and that man had the use of milk before he cunningly devised the trick of squeezing it in a press and by sacrificing something of its sweetness endowed it with a sort of immortality.

The story of all this has perished. Do not believe any man who professes to give it you. If he tells you some legend of a god who taught the Wheat-eating Race, the Ploughers, and the Lords to make cheese, tell him such tales are true symbols, but symbols only. If he tells you that cheese was an evolution and a development, oh! then!—bring up your guns! Open on the fellow and sweep his intolerable lack of intelligence from the earth. Ask him if he discovers reality to be a function of time, and Being to hide in clockwork. Keep him on the hop with ironical comments upon how it may be that environment can act upon Will, while Will can do nothing with environment—whose proper name is mud. Pester the provincial. Run him off the field.

But about cheese. Its noble antiquity breeds in it a noble diffusion.

This happy Christendom of ours (which is just now suffering from an indigestion and needs a doctor—but having also a complication of insomnia cannot recollect his name) has been multifarious incredibly—but in nothing more than in cheese!

One cheese differs from another, and the difference is in sweeps, and in landscapes, and in provinces, and in countrysides, and in climates, and in principalities, and in realms, and in the nature of things. Cheese does most gloriously reflect the multitudinous effect of earthly things, which could not be multitudinous did they not proceed from one mind.

Then there is your cheese of Wensleydale, which is made in Wensleydale, and your little Swiss cheese, which is soft and creamy and eaten with sugar, and there is your Cheshire cheese and your little Cornish cheese, whose name escapes me, and your huge round cheese out of the Midlands, as big as a fort whose name I never heard. There is your toasted or Welsh cheese, and your cheese of Pont-l'eveque, and your white cheese of Brie, which is a chalky sort of cheese. And there is your cheese of Neufchatel, and there is your Gorgonzola cheese, which is mottled all over like some marbles, or like that Mediterranean soap which is made of wood-ash and of olive oil. There is your Gloucester cheese called the Double Gloucester, and I have read in a book of Dunlop cheese, which is made in Ayrshire: they could tell you more about it in Kilmarnock. Then Suffolk makes a cheese, but does not give it any name; and talking of that reminds me how going to Le Quesnoy to pass the people there the time of day, and to see what was left of that famous but forgotten fortress, a young man there showed me a cheese, which he told me also had no name, but which was native to the town, and in the valley of Ste. Engrace, where is that great wood which shuts off all the world, they make their cheese of ewe's milk and sell it in Tardets, which is their only livelihood. They make a cheese in Port-Salut which is a very subtle cheese, and there is a cheese of Limburg, and I know not how many others, or rather I know them, but you have had enough: for a little cheese goes a long way. No man is a glutton on cheese.

What other cheese has great holes in it like Gruyere, or what other is as round as a cannon-ball like that cheese called Dutch? which reminds me:—

Talking of Dutch cheese. Do you not notice how the intimate mind of Europe is reflected in cheese? For in the centre of Europe, and where Europe is most active, I mean in Britain and in Gaul and in Northern Italy, and in the valley of the Rhine—nay, to some extent in Spain (in her Pyrenean valleys at least)—there flourishes a vast burgeoning of cheese, infinite in variety, one in goodness. But as Europe fades away under the African wound which Spain suffered or the Eastern barbarism of the Elbe, what happens to cheese? It becomes very flat and similar. You can quote six cheeses perhaps which the public power of Christendom has founded outside the limits of its ancient Empire—but not more than six. I will quote you 253 between the Ebro and the Grampians, between Brindisi and the Irish Channel.

I do not write vainly. It is a profound thing. 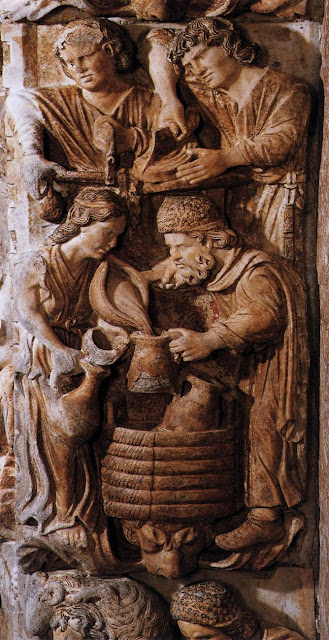 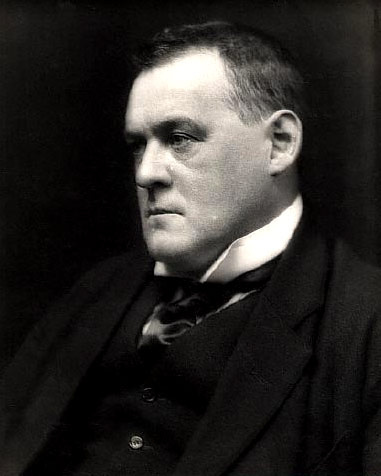